Black and white: Day one

Without colour to divert our attention, the composition and structure of the picture is focussed on the subject. So I thought that I would write for a while about black and white in various mediums.

When I didn't know what colour to put down, I put down black. Black is a force: I depend on black to simplify the construction.

Browsing through my photography books collection this week, I stumbled across a book that I have not picked up for around fifteen years, a collection of portraits by celebrity photographer Terry O'Neill. Since the 1960's, O'Neill has photographed celebrity icons. Along with other photographers including the late Richard Avedon and David Bailey, O'Neill's work defined a generation of celebrity. If you're interested in seeing more of his work, an excellent book of portraits is available from Amazon. 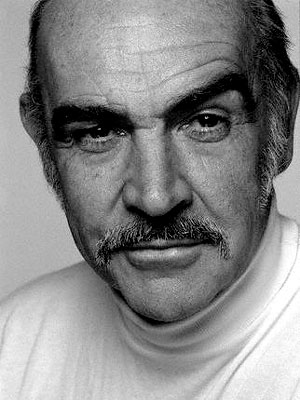 What struck me when looking again at his work, was the power and intensity of his black and white images and the fact that no matter what the period (60's, 70's, 80's or 90's), black and white amplified the personalities of his sitters. Without colour to divert our attention, the composition and structure of the picture is focussed on the subject.

Having been in O'Neill's London studio several times a few years ago, I remember how simple his lighting set-ups could be, often using only one diffused, round light on a boom in-front of the subject (you can see it reflected in Sean Connery's eyes above). His style reminded me again of the dramatic lighting of film noir and pre-war classic movies such as The Maltese Falcon and Casablanca. Here again, black and white served to focus attention of performance and personality, as well as the composition of the scene. 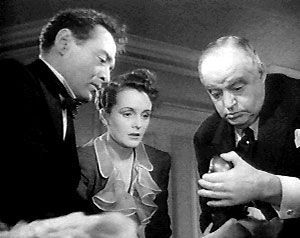 I think that today we take colour for granted and black and white film use is a comparative rarity. So I thought that I would write for a while about black and white in various mediums.

(Ed: What has this got to do with web design? Get to the point.)

I will, over the next few days. ;) Any thoughts?