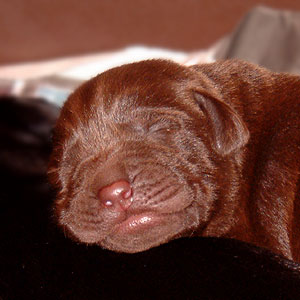 Introducing Donny, six days old when this picture was taken and coming to live with us sometime during Christmas.