That Man Is Forward

It's great to think that at 71, Rico Rodriguez is still playing and that my 13 year old son is inspired by the great man to struggle into school with the big, black trombone case once a week.

School music teacher: (To class) Who would like to learn a musical instrument?

Malarkey: What for the love of Little Mary Woodcutter is THAT? A ventriloquist's dummy? A machine gun?

While we're on the subject of trombones, I thought it might be interesting to write about my favourite trombone player (actually I only know of one trombone player (except Alex)), the one and inimitable Rico Rodriguez. Now trombone isn't normally the first instrument which springs to mind when calling up mental images of my music collection. But interestingly, Rico's trombone playing has connections with a lot of the music I listen to on a regular basis. 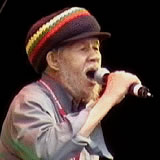 In the late 1950's when Jamaican music first became widely popular, Rico was a sought-after backing musician and recorded with many Jamaican musicians of the time and for producers including the highly influential Prince Buster. When he moved to London in 1961 he continued to play a supporting role to visiting Jamaican musicians throughout the 1960's and 70's. In 1975 he signed to Island Records and supported Bob Marley on his European tour in 1978. 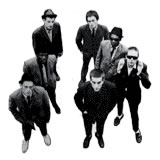 It was in 1979 that I first became aware of Rico through his massive contributions to the 2 Tone ska revival. Three of my favourite albums all feature Rico's exquisite playing, Specials, More Specials and Selecter's Too Much Pressure, all classics of modern ska and rarely off my (digital) turntable. If you haven't played them for a while (if ever), sit back and enjoy, 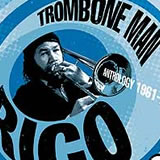 After parting company with the Specials, Rico went on to record two solo albums for 2 Tone including my personal favourites Easter Island and That Man Is Forward. I last saw Rico live playing as part of Jools Holland's Rhythm & Blues Orchestra in 1998 and his playing was as fresh, but timeless as ever.

Reasons to be cheerful, there's three

It's great to think that at 71, Rico is still playing and that my 13 year old son is inspired by the great man to struggle into school with the big, black trombone case once a week.