And all that (Design) Malarkey

Well it's finally here. I've been meaning to redesign this site for a little while now and since I have emerged from my black, depressive state, the urge was getting too strong to ignore. I just had to do it.

It's here. I've been meaning to redesign this site for a little while now and since I have emerged from my black, depressive state, the urge was getting too strong to ignore. I just had to do it.

I have been sketching ideas on the back of fag packets for about four months, but none of them made it much past the scribble stage. I knew that I wanted to do something radically different with the design and with the layout, but none of my ideas were hitting the spot. Then I realised that that was the problem. I was confusing layout with style, mixing them together into what I thought was design.

So I went back to basics and created (first paper, then Fireworks wireframe layouts which housed the main content and navigation. As the site is getting more content, I wanted to improve usability by adding better archives and a search facility, but I also wanted to avoid, where possible, a conventional blog layout.

So, after spending much time researching magazine contents pages (more on that another day) I had an urge to experiment with that format on the web and early signs were encouraging.

But even with the wireframes in an advanced state and some early XHTML/CSS prototypes ready, I still had no clear thought in my mind as to the style and character of the new site. But I did know that I wanted to break away from the previous darkness and yet retain elements of the Mod symbolism without being overtly retro

Separating design from layout in my mind was liberating. It allowed me to play with colour and symbolism without thinking once about headers, footers or sidebars. I scoured my record and book collections and (with a little help from Google) I designed a series of what I now call scraplets. These scraplets were in effect the design of individual page elements devoid of their context. 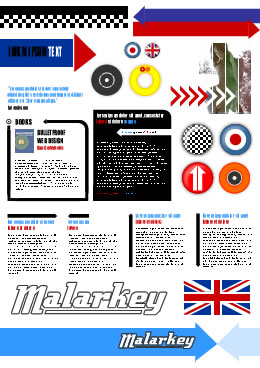 A collection of scraplets (larger view)

It might seem odd to make elements before seeing how the fit within a complete scheme, but for me this is definately the way to go in future.

The first complete layouts were interesting, but not different enough from the (then) current site. 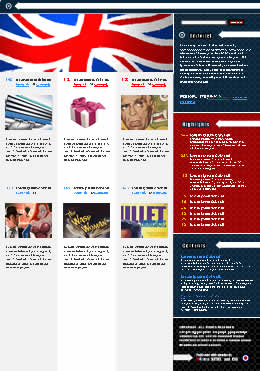 Experimenting with a header graphic 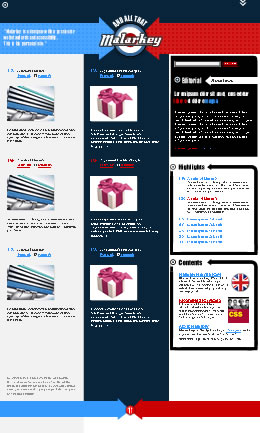 As ideas developed and I knew I would be sticking to MovableType, I made four template prototypes. 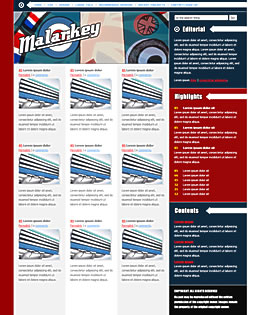 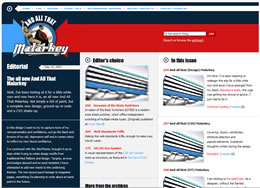 With the redesign I also wanted to break away from certain conventions, for example with the layouts of my recommended reading, badges and blog-roll pages. Looking back through my magazine and record collections, certain motifs kept reappearing and it seemed like a fun idea to take these elements (not commonly used on the web) into the site design.

And that just about wraps up about four months (on-and-off) of work. I hope you like it.