One of the things which I love so much about southern France is colour, the way in which man-made colours are affected by the elements and in particular the strength of the sun. On my recent trip around Minervois I made a series of close-up photographs of shutters and doors, hoping that they would provide colour inspiration for an up-and-coming design project.

I've written before about my favourite techniques for creating colour palettes, so I won't go over that again. Here instead is a short series of colour palettes and the images that they were inspired by. 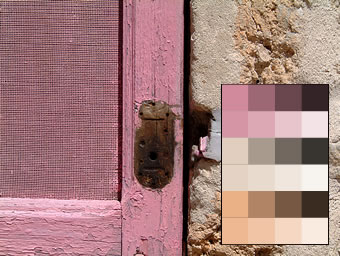 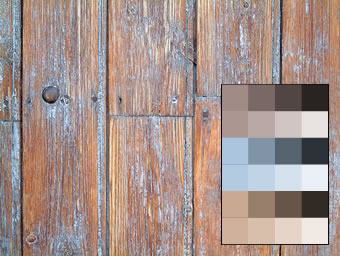 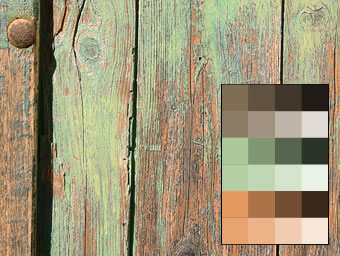 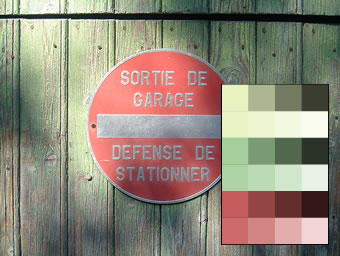 Here is a simple technique for creating colour swatches from photographs which is buried inside Photoshop's menus.

1. Open an image in Photoshop.

3. Choose the number of colours you require for your palette. 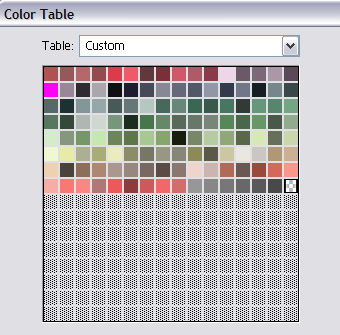 5. Save the resulting color table.