A book for your inspiration collection: David King

I’m sharing my design books collection to help encourage designers to drag web design out from its rut. I recommend this book about the work of British designer and design historian David King.

David King studied typography at London School of Printing in the 1950s where one of his teachers was another politically aware designers Richard Hollis. After graduating, King worked for advertising agencies before working as an assistant at Queen magazine under Tom Wolsey. In 1965, King moved to The Sunday Times newspaper and a decade later started his freelance career. His work included album and book covers, and—perhaps most famously—City Limits magazine.

Another one of King’s teachers at London School of Printing was Robin Fior who influenced him to use a similar paste-up method to Russian constructivist artists. King combined his knowledge of Russian constructivism and political art with his talent to create a graphic style which defined the look of British leftwing politics in the ’70s and ’80s. His work which campaigned against fascism and racism became highly influential.

I grew up in the ’70s and ’80s, surrounded by the turmoil of British politics. I supported the Anti-Nazi League, the Campaign for Nuclear Disarmament, and the Anti-Apartheid Movement. I saw King’s work everywhere, even though I didn’t know his name. King said:

“If anyone had told me that there would still be inequality, racism, kings, queens and religious maniacs stalking the planet I would have considered them crazy.”

As well as building his own incredible catalogue of work, King built one of the largest collections of Soviet-era designs—with over 250,000 items—which is now owned by Tate gallery.

I’ve never heard David King’s name mentioned at a web design conference which surprises me considering how much his work could teach designers about motivating and persuading people into action. 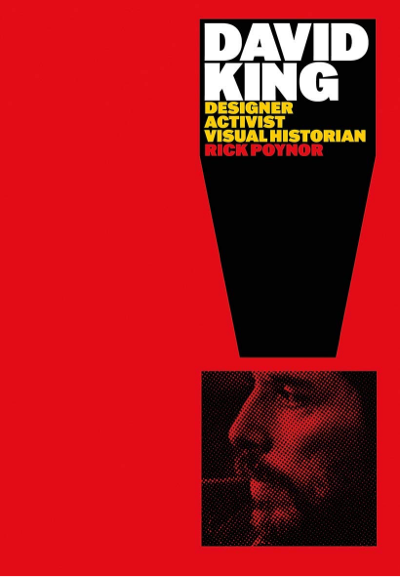 “David King: Designer, Activist, Visual Historian” by Rick Poynor is a very decent and recent hardcover compendium of work from across David King’s career. If you haven’t bought a design book this week—and even if you have—this book deserves a place in your inspiration collection.