NB: Since writing this column, neither I nor Stuff and Nonsense are affiliated in any way with Karova and do not recommend them or their software to my clients. Read my thoughts about Karova. As of June 2007, my design has been replaced with an in-house Karova design although I have an archive of the old site available online on request.

I'm ready to show and tell. The new design for Karova.com is out there. Today I thought I'd talk a little about my design process and what has gone into my thinking for this new site.

I've alluded to it recently, and now after not much blood but one or two tears I'm ready to show and tell. The new design for Karova.com is out there. The new site is geared towards promoting Karova's development framework). Today I thought I'd talk a little about my design process and what has gone into my thinking for this new site.

I designed the original Karova.com site way back in October 2003 and it was one of the first sites which I had implemented with standards and accessibility in mind. With the release of KS2.0 which has been rebuilt from the ground up, I wanted to reflect this change in the new design while maintaining an echo of the previous design and company branding. 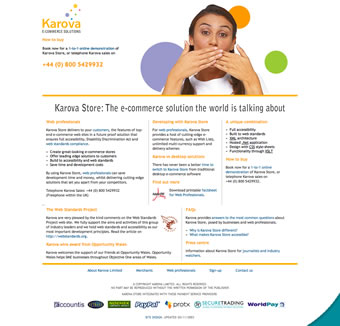 Saying NO! to rounded corners (not)

The design of the home page went through several iterations on which I experimented with variations of the header area, column structure and colour palette. I initially wanted large parts of the content areas to overlap the header, but I soon felt that this made the layout rather muddled and opted instead for a more usual grid with elements overlapping the header and menus. 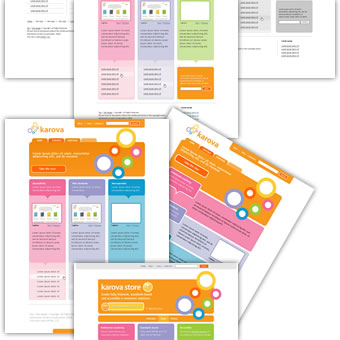 When starting on the design, a sticky note on my iBook read NO ROUNDED CORNERS, so determined was I to avoid them. Out went the 'Karova girl' and her See no evil, hear no evil, speak no evil associations and in came bright colouring, tints and (you guessed it) rounded corners. While my early design ideas had not a rounded corner in sight, as the wireframes made way for graphical comps I wanted to soften the content boxes and so selected rounded corners (together with call-out boxes and colour coding) made a natural return. However, I have attempted to soften them by not making every corner rounded and by linking them to other soft curves. 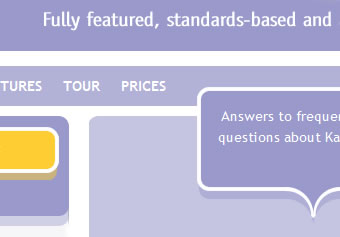 While most ideas gave way for those which appear in the final home page design, some were strong enough to be saved and used later in other parts of the site, most notably the horizontal boxes and call-outs which became <fieldset>s and <hx>s on the sign-up page.

I also decided early on that I wanted to achieve a design which featured elements breaking out of their containers in an attempt to create a more organic and less boxy feel. During the build, combining floats for layout with CSS positioning became almost an obsession and I must admit that I am a little surprised that the original design comps transferred into working pages quite so accurately.

It was decided early on that the new site would be designed with a dual approach to browser support. There would be progressive support for newer browsers and no support for Internet Explorer 5.0 on Windows or Macintosh. I devised a browser support palette where users of all our target browsers (Firefox/Gecko, Opera, IE6 and Safari) would receive the same structural template outline, but only users of modern browsers would receive the full design. <div>s and <spans>s would be kept to a minimum and child, adjacent sibling and attribute selectors would also be used to reduce the number of ids and classes acting as styling hooks. Hacks were to be kept to a minimum with our target being only to use them for clearing floats without structural mark-up and to overcome Internet Explorer's lack of support for min/max width/height and transparent PNGs.

One result of this browser retirement can be seen in the content <h2> and initial <p> on article page templates. Here a combination of child and adjacent sibling selectors, plus negative margins and generated content provide modern browsers with the full design. 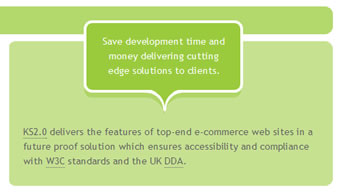 Of course, if we had chosen to provide full support for Internet Explorer 6, the addition of two id or classes would achieve a similar visual effect (without the rounded corners made possible by generated content) but this would have been at the expense of a little extra mark-up, a compromise which I was not prepared to make.

I am also particularly pleased with the final result of the sign-up page forms where similar decisions were taken. In place of,

and as with the <h2> and initial <p> on article page templates, relative positioning was used to make the effect for modern browsers.

While the <h3> were not our first choice (we would have preferred to use <legend>), the inability of most browsers to style <legend>s as I wanted lead us to the conclusion that on this occassion there was a need to bend our rules to get the visual effect which I wanted. Sometimes a man's gotta do what a man's gotta do. I do plan to run more <legend> tests in the next few weeks, but time just ran away from me.

The alpha transparency of PNG images is one of the most powerful tools in a designer's toolkit although we are often held back by IE's lack of native support. Transparent PNGs were used across the site in combination with element background colours to reduce the total number of images needed. There are various methods for feeding alternative gifs or jpgs to IE6 but these were kept to a minimum by using them only for the structural template outline. Outside of this, PNGs were hidden from IE by using selectors which IE does not understand and therefore not only hiding the PNGs but the entire style rule. 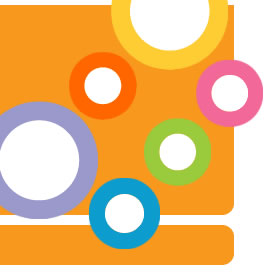 I'd love to hear what you think?

NB: Since writing this column, neither I nor Stuff and Nonsense are affiliated in any way with Karova.