If Adobe Fireworks is your everyday design tool, like it’s mine, this is a fabulous selection of extensions and links to find more.

If you have a smartphone or tablet (or an Android powered, internet enabled refridgitoaster,) add its viewport sizes to this spreadsheet on Google Docs. (Then print it out and tape to that refridgitoaster.)

There’s lots of great information in Zoe’s slides from Responsive Web Design Summit. And it looked like a great overall line-up too. Dang. How’d I miss it?

I want a Canon EOS M so much

I really like my Olympus PEN EPL-3. It’s become my ‘go everywhere’ camera. But the lack of lenses for it is becoming frustrating, particularly as my camera back is stuffed with Canon lenses (and an EOS 450D) that I now never use.

’Now Canon has announced the EOS M, its own mirror less Micro Four Thirds camera that’s compatible (with an adapter) with all of Canon's EF and EF-S lenses.

Damn. I want one.

Here’s more on The Verge and on Canon USA.

Me too. This is a great review.

If you’re a Typekit customer (like me) any improvement in performance is welcome.

(Plus, I only learned about ‘protocol-relative URLs’ last week, while at An Event Apart in Austin.)

Part way down Harry’s post, I found this gem.

I write the element in a comment so that it reads properly (a html element with a class of .product-page) but without altering the specificity at all.

Here’s the part that got me:

Other browser makers have complained at the lack of Metro browser choice in the company's upcoming Windows 8 software.

When will companies like Mozilla realise that the way to succeed is to make a great product that people want to use (like Firefox used to be), not whining about competition to authorities like The European Commission?

These easy answers are hardly the secure, unique, and complex passwords security and IT teams hope for.

Getting regular people to appreciate the importance of choosing different passwords for different services obviously isn’t getting any easier.

I’ve been teaching my nieces and nephew to use patterns when picking passwords, but that advice obviously hasn’t reached their father yet. He’s a savvy iPhone, iPad and Mac user but he still uses the same weak and obvious password for everything. Convincing people like my brother-in-law to spend $49.99 for 1Password on his Mac and another $4.99 for his iPhone is hard. I spend an hour yesterday trying to do just that.

Much as I love 1Password, strong password generation and secure password storage really should be a part of the operating system. Maybe if it was, people would stop hacking the system with 12345.

As Lea reported last week, the CSS Working Group have approved the unprefixing of CSS transforms, transitions and animations. IE10 will support these unprefixed and soon Firefox will too.

Divya Manian: Designing in the browser

While we’re talking about talks about design, here’s a recent one by Adobe’s Divya Manian from Web Directions Code in Melbourne.

The talk’s called ‘Designing in the browser’ and while Divya delivers it well (except, speakers please remember to take your conference badge off when you go on stage) and she hits all the points you’d expect to hear, what struck me was how little of the talk was actually about the ‘designing’ from the title.

Take a look at the list of resources and what you’ll find are developer tools that I’ll bet you would leave most designers scratching their heads.

Now I fully understand that the lines between designing and developing are being redrawn. I know I also said in my talk at An Event Apart in Austin:

But for me, Divya (and others) gets something fundamentally wrong when talking about this subject. We would never expect a developer to learn bezier curves in Illustrator in order to work with a designer. On the flip side, the notion that designers should learn Docpad or Jekyll demonstrates a fundamental misunderstanding of how designing and developing involve different experiences, knowledge and skills.

This is something that toolmakers like Adobe need to consider when making new tools, and a subject I think I’m going to write a lot about another day.

Andrew Kim: The Next Microsoft

Designer Andrew Kim set himself a three day challenge, to update Microsoft’s branding and messages. The results are stunning.

A fascinating first in a series article. (I’m very much looking forward to meeting Oliver in person at Smashing Conference in September.)

Brad Frost: How much does a responsive web design cost?

and my favourite, Hulk.

N.B. This article will require an understanding of the principles of OOCSS.

This couldn’t have come at a better time because at STV, we’re designing and prototyping something very similar.

Already widely linked following this week’s An Event Apart in Boston, but very worth another mention.

Southstreet is a set of tools that combine to form the core of a progressive enhancement workflow developed at Filament Group. This workflow is designed to help us (and other developers too!) deliver rich web experiences that are accessible to the widest range of devices possible, and catered to the capabilities and constraints of each device.

Sassy Buttons (BTW. This is way to write Sass instructions)

I haven’t used Sassy Buttons (I use LESS) or dug deep enough into this tutorial yet, but the first thing that hit me about Jared Hardy’s piece was just how clearly he wrote the instructions.

simply open your terminal and type:

Now that you have compass and the sassy buttons extension installed.

I’m not a complete idiot, but I’m also not a developer and so the language so often used in Sass and Compass explanations is baffling. I might still not know what a ‘partial’ is, but this is first Sass article I’ve read that didn’t make me feel stupid. If you write about Sass, more like this please.

(Hat tip to Stef Lewandowski for the link.)

Oh so geeky. Oh so good. And, Eric’s post has inspired me to run a little CSS-based competition that’s been on my mind for a while. Watch out for that tomorrow.

ManageWP: 5 Reasons Why Responsive Design Is Not Worth It

Paul and I discuss our respective approaches to client work and I surprise him by not being a raving lunatic. 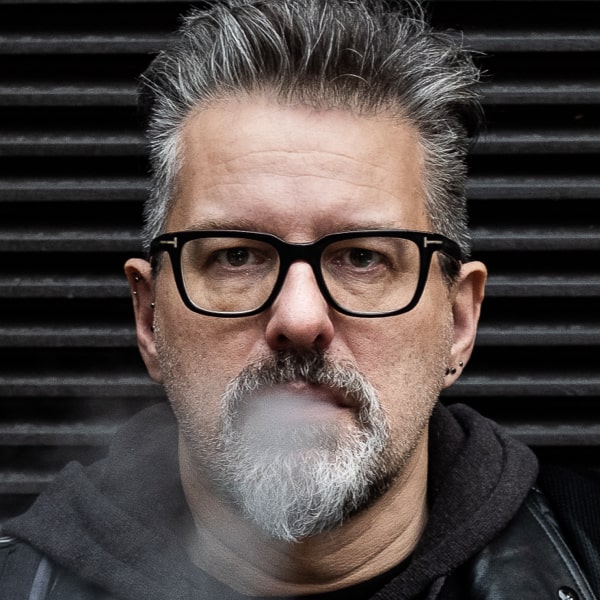